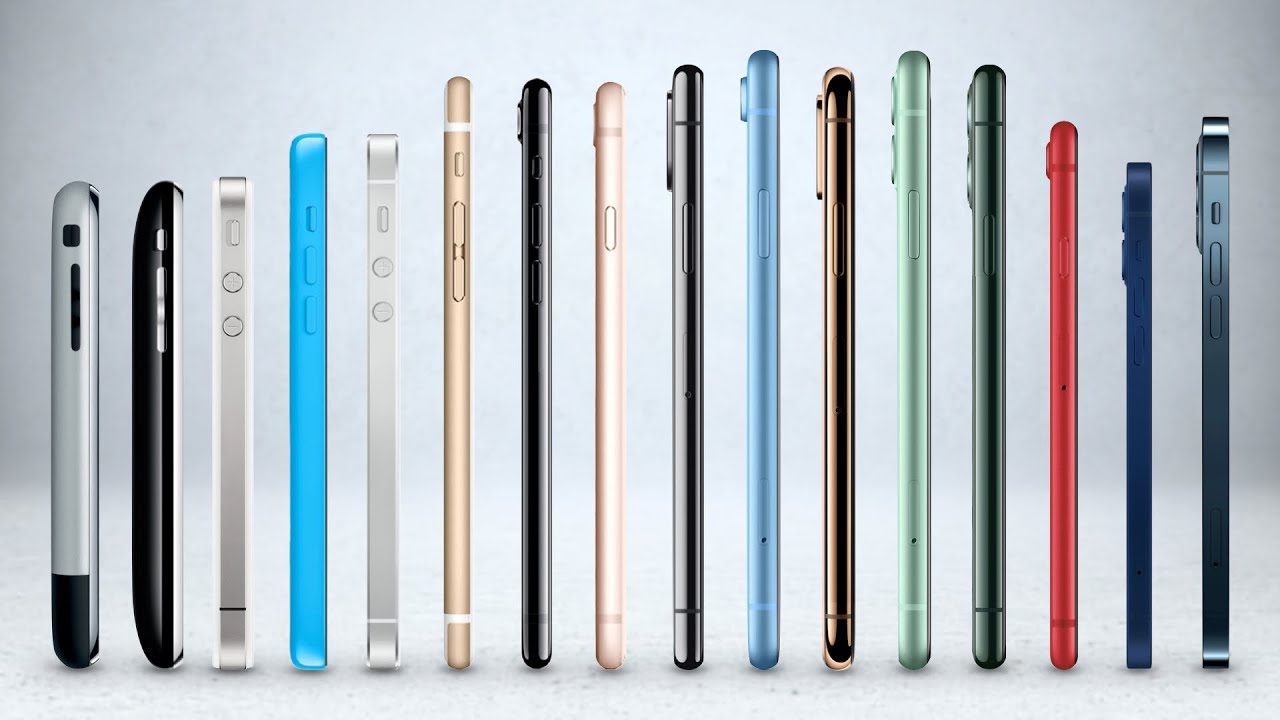 We are all aware that smartphone technology has evolved tremendously in recent years, but it can be difficult to appreciate just how far this advancement has gone. Changes that occur gradually through numerous generations of a gadget are analogous to observing a child’s development over time; the changes are simply too small to see without the assistance of an outside source.

When one does look back, though, one can gain a genuine appreciation for the distance that has been gone. As a result, we will draw a comparison between the standard iPhone 1 and the base model of the iPhone 12. It’s possible you’re not aware of it, but you’re now living in the future, and we’d want to figure out why.

Because the screen is the single most important component of a smartphone’s ability to relay information, it seems to reason that it would be a primary target for technological innovation. When the original iPhone was debuted in June 2007, complete touch-screen gadgets were still a rarity in the consumer market. Previously, it was widely assumed that cellphones will continue to shrink over time; however, the passage of time has revealed this idea to be false.

According to these estimations, the first-generation iPhone had only 5% of the pixels found in the latest model, the iPhone 12. When you consider that color technology has advanced, improved illumination has been adopted, and the refresh rate has increased greatly, the difference is like night and day. If you have an original model, you should fire it up and have a look at it right now. It’s worth noting that what you’re witnessing isn’t just the consequence of the system degrading; the original devices were actually substantially inferior in comparison.

The Processor and the Storage Drive

On the hardware side of things, the requirement to support new apps, higher resolutions, faster frame rates, and more responsive controls has resulted in vastly improved storage and processing. The iPhone 1 was extremely powerful for its time, with 128 MB of random access memory (RAM), a processor that ran at 412 MHz, and a storage capacity that could be expanded to 16 GB.

In comparison, the iPhone 12 includes 4 gigabytes of much faster RAM, a six-core processor clocked at 2.99 gigahertz, and up to 256 gigabytes of storage capacity as standard. When combined with a powerful 4-core video processor, this means that the iPhone 12 can effectively manage more performance than hundreds of iPhone 1 systems while consuming less power.

There are no benchmarks available for systems as old as the iPhone 1, but we can use the performance of several recent variants as a guide instead. The iPhone 6, for example, received a score of 556 on the Geekbench test created specifically for it. This score increased to 3,914 for the iPhone 12, indicating an improvement. Given this tendency, we would be surprised if Apple’s iPhone 1 managed to reach the 100-point barrier.

All of the computing power in the world would be useless unless it was used by applications. This is where software can help. Smartphones have historically existed in a significantly more cultured sphere than their computer desktop and laptop equivalents for an extended period of time. Previously, downloading an application was required in order for a program to operate on an iPhone. While this is still the most popular form of acquisition for modern devices, it is far from the only way to progress with a program.

The smaller app market and more restrictive operating systems, among other things, hampered the apps’ maximum complexity. Starting with iPhone OS 1.0, the iPhone 1 would be able to get operating system updates up to version 3.1.3. When it debuted to the store, it wouldn’t be available until 2008, with a total of 500 apps to choose from.

The iPhone 12 comes with an operating system based on iOS 14.1, and this is the default option. Even while it is very possible that this will be upgraded, at least to iOS 16, such a development is still several years away at this point. Users can choose from approximately 1.85 million distinct downloads in the most recent version of the app store.

Aside from these areas, web-based apps that are native to the user’s browser are of particular interest. Previously confined by Flash, current HTML5-based technologies allow many different systems and services to be run directly from within a browser. One of the most prominent examples of this trend is the ability to play slot machines, table games, and even wager on sporting events directly from within a standard web browser. Another good example is pay-by-phone casino games. When this is taken into account, the total number of apps supported is likely to be many times more than what the app store provides on its own.

Being Thankful for What We Do Have

As a result of technological improvements in recent decades, many of us have grown accustomed to the concept of instant gratification. When it comes to our mobile devices and programs, we want things to load as quickly as possible because even a few seconds of waiting can drive us insane. Even though this is to be expected, it can be useful to take a step back and remember how much worse things used to be.

The average iPhone user will encounter wait times for apps that are about similar to the shortest wait times available with first-generation handsets. We’ve come a long way, and if we keep that in mind, using modern technology will be an infinitely more joyful experience for us. We recognize that it is easier to say than to accomplish, but it does provide some fascinating food for thought.